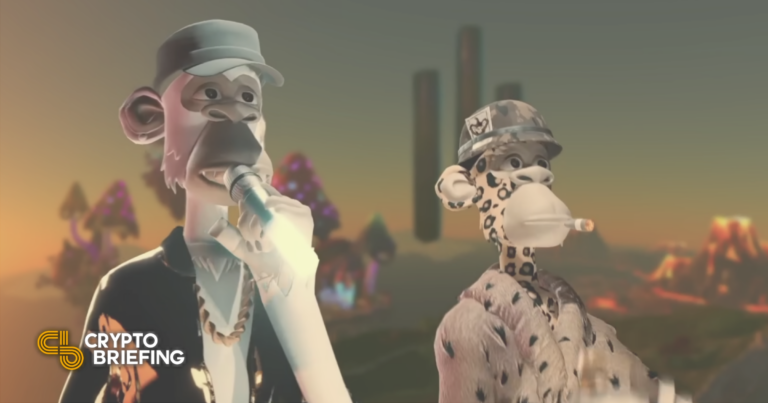 As cryptocurrency winter endures, NFTs continue to suffer. Floor prices for most sought-after collections are well over 50% down from their highs in ETH and dollar terms, while trading volumes have plummeted on OpenSea and other marketplaces. Many projects have disappeared altogether. But while the space may be suffering, several developments over recent weeks hint at signs of life. Between Eminem and Snoop Dogg morphing into Bored Apes at the VMAs, a free mint hitting a 17 ETH floor, and the world’s largest social media firm beefing up its digital collectible functionality, the NFT space seems much livelier than its naysayers would have us believe.

One of the standout animal avatar collections from cryptocurrency’s first “NFT summer,” Pudgy Penguins had a spectacular rise before falling from grace. After internal controversies, it was sold off to entrepreneur and investor Luca Netz for 750 ETH in April, but it struggled to gain momentum amid waning sentiment across the cryptocurrency market. However, Ethereum’s favorite flightless birds have made a miraculous comeback in recent weeks, proving that there’s still an appetite for community-driven NFT “PFP” collections.

Enthusiasm for Pudgy Penguins hit its lowest point in months when the floor price hit a local low of around 0.85 ETH on June 13. The floor has posted a significant recovery over recent weeks, helped by prominent cryptocurrency personalities such as Polygon’s Mudit Gupta and Nansen CEO Alex Svanevik, who continued to “wear” their Pudgy Penguin NFTs as their Twitter avatars despite the drawdown.

Trading volumes for Pudgy Penguins ballooned on exchanges, and momentum grew as the project announced it had appointed an advisory board including Svanevik, Pentoshi, and other ardent pengu supporters. The penguin fever crescendoed the following day with the sale of the left-facing Pudgy Penguin #6873, which sold for 400 ETH (about $650,000) on August 22. These developments fueled bullish sentiment for the project. While the cute avatars have cooled from their local highs, a floor price penguin will still set buyers back over $5,000 at current prices.

According to data from Scarce.Guide, ENS domain secondary sales now regularly exceed 1,000 daily. Dune data compiled by ENS developer Makoto Inoue shows registrations and renewals are steadily increasing, with an average of over 10,000 daily registrations over the past week.

Where trading and registration volumes go, prices have followed. Four-digit ENS domains, colloquially known as the “10k Club,” have nearly tripled in ETH terms since April. The cheapest four-digit domains currently set buyers back around 1.43 ETH ($2,259), while the more exclusive three-digit domains now sit at an eye-watering 31 ETH floor. High-profile sales of rare domains also routinely generate a buzz on Twitter. Over the past month, opensea.eth has sold for almost 100 ETH and suilend.eth for 75 ETH.

Whether you’re sitting on your own pile of rare ENS domains or watching from the sidelines in disbelief, it’s undeniable that .eth names are continuing to attract a lot of attention.

Despite the ailing cryptocurrency market and its knock-on effect on non-fungibles, 2022 has been a good year for NFT adoption on Web2 social media. In January, Twitter’s hexagonal NFT profile pictures saw widespread adoption despite the social media giant charging a monthly fee for the feature.

Not to be outdone, Meta has since launched NFT integrations of its own, starting with an Instagram rollout in 100 countries earlier this month, and following up with a Facebook expansion just yesterday. Although details are still scarce, it’s assumed that the social media giant will let users hook up to the blockchain similarly to its Instagram integration, which currently supports Ethereum, Polygon, and Flow NFTs.

On its own, using your NFTs as profile pictures on dated social media sites is pretty underwhelming, but it shows the direction companies like Meta and Twitter are moving in. Additionally, allowing NFTs on social media is a huge opportunity to expose a whole new segment of the Internet to NFTs—and ultimately cryptocurrency.

It may seem counterintuitive to celebrate Meta embracing what it’s calling “digital collectibles” when news of social media NFT integrations frequently leads to online mobs rallying against the entire space. But there’s no such thing as bad publicity—and if adoption continues to rise, even the skeptics may soon change their tune.

Two of the world’s biggest rap stars, Eminem and Snoop Dogg, have done a lot to increase mainstream NFT exposure over recent months, most recently using their performance at last Sunday’s MTV Video Music Awards to show their support for the technology.

Snoop, a long-time NFT enthusiast, bought Ape #6723 in December 2021 and now holds it in a wallet named DEATHROWNFT along with blue chip NFTs from collections such as CloneX, FLUF World, and World of Women. After Snoop’s purchase, Eminem followed suit, purchasing Ape #9055 on New Year’s Eve.

For their VMA performance, Snoop and Eminem performed their recent release “From The D 2 The LBC” backed up by their fully-animated Bored Ape avatars. Yuga Labs, the company behind the Bored Ape Yacht Club NFTs, partnered with the duo to provide animations that look strikingly similar to early gameplay teasers from the company’s upcoming Otherside Metaverse.

The reaction to the rappers’ Bored Ape performance was decidedly mixed. The consensus among cryptocurrency natives seems to be that the performance was cringeworthy and poorly animated. Over in the r/Eminem subreddit, the criticism continued. “This NFT shit he’s doing is straight up ass,” said one user posting under the name GilbertGrape13. However, others like Delphi Labs general counsel Gabriel Shapiro had more positive things to say. “Okay this may be surprising from a BAYC perma-bear but the Eminem Snoop Dogg thing seemed kind of cool?” he said in a Monday tweet.

Regardless of how the performance was received or the public perception of Bored Ape NFTs, the fact that it happened sets an interesting precedent. Perhaps we’ll see more NFTs make their way into mass media in the future, which could be bullish for adoption.

The last update on our list is also arguably the most unexpected. After months of falling prices, junk free mints, and joke collections about the NFT bear market, one project has seemingly defied the odds and recreated a buying frenzy unseen in the NFT market for months.

DigiDaigaku, a free mint project that many hardcore NFT enthusiasts overlooked when it launched on August 10, soared to a floor price of 17 ETH Monday, seemingly from nowhere. Interest in the anime girl avatars turbocharged after NFT degens found out that Limit Break, the company behind DigiDaigaku, had raised $200 million for the project last year from an all-star cast of backers, including Paradigm, FTX, Coinbase Ventures, and Mino Games.

DigiDaigaku is slated to be the first game to pioneer Limit Break’s “free-to-own” game model, but further details have yet to be released (apparently, the company’s CEO Gabriel Leydon wants to keep things under wraps for now). Of course, speculators have had a field day pumping up the price while details surrounding the project remain unknown. Those who clocked on to DigiDaigaku’s potential early were able to load up on the NFTs for around 0.5 ETH, returning them a gain of up to 3,330% if they managed to sell the top.

A relatively unknown gaming project like DigiDaigaku entering the market and outshining other NFT mainstays such as CloneX, Doodles, and Pudgy Penguins shows that there’s still life left in the highly speculative market. NFTs may have been dormant over the past few months, but to anyone watching closely enough, it’s obvious that the space is far from dead.

Disclosure: At the time of writing this piece, the author owned ETH and several other cryptocurrencycurrencies.